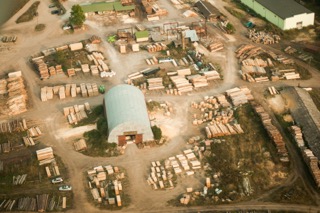 An Overview of Environmental Crimes

Environmental crimes are estimated at over 110 billion USD annually(FATF report,2021 ). They are considered the most profitable crimes in the world. Roughly two thirds of these crimes consist of forestry, illegal mining, and waste trafficking.  The impact of these financial crimes soars beyond the financial sector and into public health and safety, social, environmental, and economic sectors.

Why Are Environmental Crimes Prevalent?

Environmental crimes are numerous, and often comingle with other crimes such a drug trafficking and human trafficking. The biggest environmental crimes are illegal wildlife trafficking, waste trafficking, forestry, mining, and land clearing (to name a few).  These crimes are considered low risk, high reward and is one of the reasons they are so prevalent in countries where the laws and regulations are vague.  Another reason these crimes are prevalent is because there is a certain opacity that looms over the regulations surrounding international transport and processing.  Additionally, there is a lack of proper financial investigations being done against environmental crimes because most of the individuals in charge of investigating are within the environmental sector. While these individuals have an extensive knowledge of the sector in which they work, they don’t have the knowledge or proper resources to do investigations on allegations of these crimes.

Why KYC Compliance is More Important Than Ever

Front companies, comingling, illicit acts, what do they all mean? Front companies are just like shell companies used for money laundering. However, they differ in that they are fully functioning companies related to the industry.  These front companies know how to hide illicit environmental crimes and can provide cover for these illegal activities.  Comingling is the art of hiding the illegally obtained items(such as logs or mined products) and mixing them within legally obtained items, making them difficult to track. Illicit acts are acts in which quotas or contracts are violated which renders them illegal.  These acts usually start as legal contracts but once a quota has been violated or an official takes bribes, it becomes illegal.

The Financial Crimes Enforcement Network (FinCEN) has identified environmental crime and related activities in their new list of national anti-money laundering and countering financial terrorism priorities issued in June of 2021. The purpose of this list is to help businesses identify, detect, and report on these crimes.  Additionally, environmental crimes are gaining more attention by the U.S. and international communities as environmental concerns are gaining popularity with businesses, investors and regulators. With growing awareness of these crimes, KYC and AML compliance is even more important in the fight against financial crimes.